The combination of shareholder funds plus the receipt of an Australian Government Food Processing Grant (Dept. of Primary Industry and Fisheries) and a NSW Government grant enable the company to fulfil a vision of providing an efficient method of processing walnuts for a new and expanding rural industry with confidence.

A modern processing facility, utilising the best of local and imported components, was constructed in 2007. 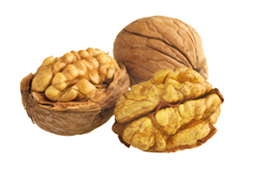 John was the company’s inaugural chair, but has retired from the walnut industry. Previously he owned and managed a 20 hectare walnut orchard in partnership with his wife, Christine, near Pyramid Hill. He currently runs a small beef enterprise near Castlemaine.

He is a Fellow of CPA Australia and a member of the Institute of Chartered Accountants.

John has wide experience in business and as a company director and was also a councillor and Mayor of the Loddon Shire.

Bryan has offered the company a broad range of experience, having a trade background and a tertiary qualification in both management and horticulture.

Bryan has a practical and technical approach to business, complimented by extensive experience in personal and resource management and horticulture.

He currently runs his own large orchard and has also been involved in the walnut industry as a former Chair of the company. Bryan has also served as the Chair and as an executive member of the Australian Walnut Industry Association as well as representing AWIA on the Australian Nut Industry Council.

As a second generation primary producer, Laurie’s extensive enterprises cover livestock, cropping and horticulture. His walnut orchard was planted in 1999 and he is now harvesting nuts from his trees.

His success in farming has been recognised with a major Shire of Loddon award.

As a multi-talented sportsman he uses the skills that he honed on the field and in club administration to benefit his extended community through water service bodies.

Lachie is co-founder and current managing director of one of Australia’s largest fruit and nut propagation and supply businesses.

He is often called upon by horticultural industry bodies to deliver workshops and lectures on both orchard establishment and produce processing.

Lachlan has a history of being involved with the establishment of both commercial and community based projects that are to ensure the prosperity and longevity of rural and regional communities.

Robert has a breadth of active interests across the arts, tourism and agriculture with a Diploma of Agricultural Science.

He has taken lead positions in organisations concerned with landcare and water.

His past self-employment in broad-acre primary production enterprises backgrounded his move to new horticulture ventures prior to the millennium drought which eventually lead to the closure of the Wimmera Irrigation Area and his ventures. In recent times he has managed QWP’s hulling and drying facility.

John has a 30 plus year career in public administration. His work has been in Local Governments, almost exclusively in regional Victoria.

He has interests in agriculture and operates a mixed farming business in central Victoria.

John holds a degree in Civil Engineering, a graduate diploma in Municipal Engineering and Management, and a Masters of Business Administration.

With thirty years in the health industry, Hilary brings to the QWP Board an understanding of human motivation and its impact on production and performance.

In partnership with her husband, she owns a number of nut orchards in Victoria and southern New South Wales and has hands on involvement in the management, processing and marketing of the produce. As a previous chair of QWP and a current executive member of AWIA she pursues an interest in expanding the walnut industry nationally.

A creative and innovative cook, Hilary uses her knowledge of ingredients to enhance the appreciation of food and to refine its appeal to customers.

Arthur brought to the company a business competence and ‘hands on’ food retail experience from running his own supermarkets and as the founding Chief Executive Officer of Foodworks (Australia).

This followed his earlier career in various educational and management roles. Arthur holds a Bachelor of Economics (La Trobe) and Diploma of Holistic Counselling (TAFE).

In ‘retirement’ Arthur has established and managed a small commercial walnut orchard.

Russell is also a director of Cramenton Pty Ltd, a company that sources, and secures all requisite government approvals, for land suitable for large scale nut orchards.

Russell was for 23 years founding executive chairman, then chairman, of PeaCo, a growers’ co-operative formed to process and market pulses (lentils, chickpeas, faba beans, etc.) to export and domestic markets.

In 2002 he went on the first of three study tours to the US and Europe to investigate the propagation, orchard management, and processing of walnuts.

Russell was for 10 years on the Grains Research and Development Corporation panels where he led program committees responsible for market intelligence, pulse processing and the assessment of new crops for Australia. He was one of three reviewers of ‘Crop Improvement in the Australian Grains Industry’ designed to evaluate and provide direction for plant breeding in the Australian grains industry.

Russell resides in Hopetoun in the Victorian Mallee.

In 2008 QWP established a modern processing facility located at Koraleigh in New South Wales, approximately 30 kilometres north of Swan Hill (Victoria), and commenced operations to service walnut growers located throughout the central, the north central and west of Victoria as well as southern New South Wales.

The flexibility of the operational system at the processing facility enables the smallest walnut grower through to the larger grower to be easily accommodated.

At all times, from the time of delivery of the grower's nuts until they leave the facility, segregation of individual grower's nuts is maintained.

The Australian annual walnut harvest season generally occurs between mid March through to late May. 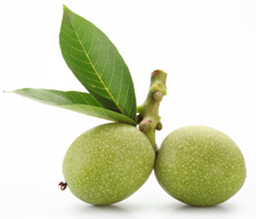 Eating walnuts is like wearing a seat belt for your heart. Enjoy ten whole walnuts in an average serve.

The following services are available to walnut growers at QWP's processing facility.

The size grading parameters used by QWP are those outlined in the Australian Walnut Industry Association's (AWIA) Standards for Marketing (in-shell) Walnuts in Australia. 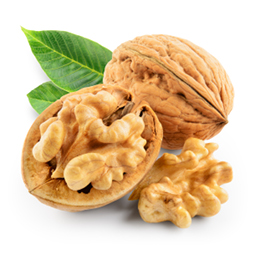 A handful of fresh Australian walnuts a day lowers cholesterol and helps decrease the risk of heart attack, stroke and diabetes.